Never before I had been to Schwetzingen. I’ve played soccer matches in about every village around Schwetzingen but somehow I never made the 20 km from my home town to that beautiful castle and park. Otto von Bismarck was an honorary citizen of Schwetzingen. And now the great Joyce DiDonato honored the town with a concert, just as 7-year-old Mozart did 250 years ago. 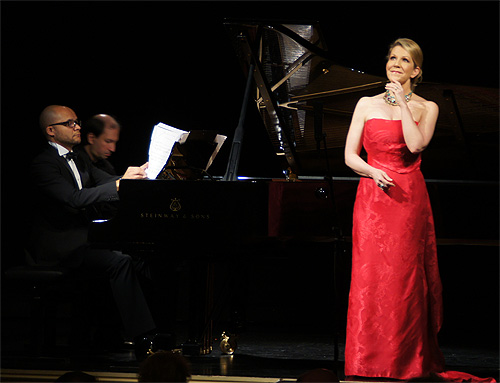 Joyce DiDonato sang a recital, “Songs of Venice”, as part of the SWR Festspiele (Tue, 14/8/12 at 13h05 on radio transmission SWR2 – they even offer a free radio recorder!!).
I was very surprised and joyful that she would come to that little theater – I mean Schwetzingen is not Berlin, Munic, Paris, or London… but Joyce made a very good point reminding us that public support for culture is something very special in our country! Mandatory radio and television license fees is a very difficult topic here, but for a moment I was really proud that SWR made this concert possible.
And I agree: without culture, the human being suffocates.

The theater in Schwetzingen is a beautiful cute one. Even a bit smaller than Giessen, but creating a much nicer atmosphere. When the hall darkened and Joyce came on stage with her pianist David Zobel, you could almost mistake it for a luxurious living room. And then you had a Stern sparkling in that living room. 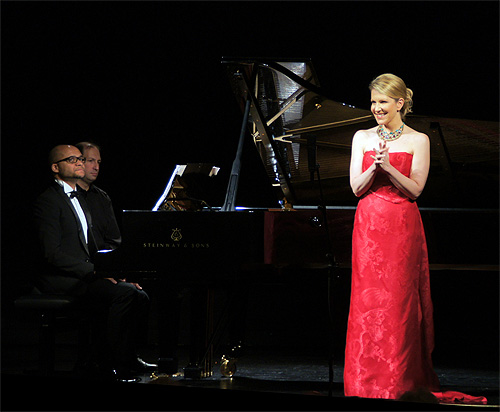 I am speaking for myself, since I learned these days that it is a most personal thing what music makes you feel. Whether your soul inspires the music you make or the music you hear inspires your soul, it creates an absolutely unique sentiment, a kind of magic. Me, I definitely fall for the lyric and coloratura mezzo. In general. There’s a long list of evidence. But this mezzo is special!

The whole evening I had an image in mind. The playbill wrote about Joyce: a mezzo cast in milk chocolate (Eine Stimme wie in Milchschokolade gegossen). There is no way to imagine something as non-corporeal as a voice in milk chocolate. But hearing and feeling Joyce sing makes this image alive with the most delicous milk chocolate imaginable!
At some points I felt like she placed littles pearls of sentiments in the body, in the head, the shoulders, the stomach, and at a given point she let them explode – with a most gentle piano, a note in a thousand colors, or a mesmerizing coloratura. Only the intellect remains unregarded, it cannot help but enojy the magic. 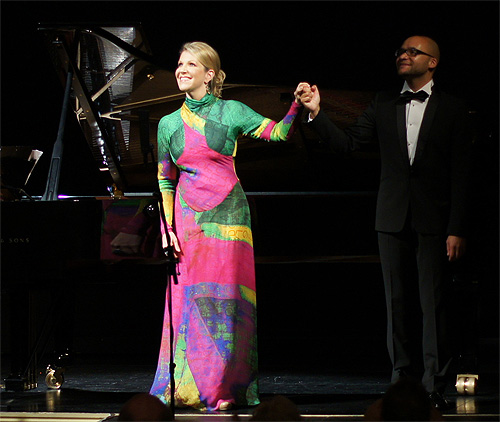 After Joyce drew a beautiful picture of Venice, she left with Non piu mesta from La Cenerentola and Somewhere over the Rainbow. I lost my breath with the Rossini. As for the long high (and also not so high) notes, it felt like standing on a sandbank in a beautiful ocean scenery, feeling a giant wave approaching, being carried away by it (we’re sill on the same note!) and taken home on a anything-can-happen-ride. Awesome. Period. 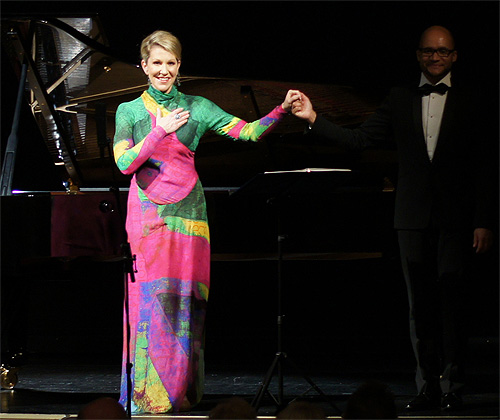 Looking forward to the Drama Queens!

Comments and opinions are warmly welcome!