The magic in between

Leaving a message is one part of a social contract which is completed by the checking of the message, as explained by Sheldon Cooper. 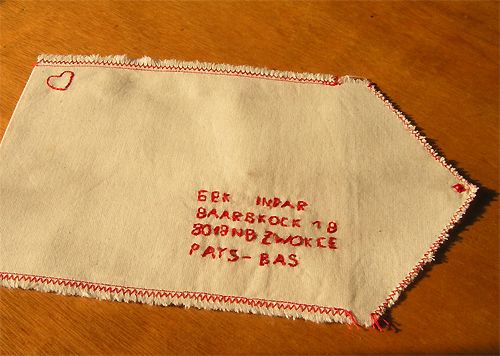 This social contract seems to be subject to a major change: modern communication tools allow us to check if the message has been checked. I endorse a lot of developments the internet has brought to us, but thinking back I figured that some of the magic seems to get lost.

“Thinking back” – let’s take Taizé in 2005. Things were pretty simple: Incoming calls could be received on two lines between 8h and 23h. For outgoing calls, phone booths were available 24/7. Mail was delivered several times per day: email delivery for breakfast, snail mail came for lunch, more email after 20h, plus the occasional email delivery when the email girl had passed the computer. In fact, the email girl was a crucial part of the social message contract.
We received email printed on paper, replies could be send electronically (yes!), 15 minutes every other day in summer, 20 minutes per day in winter. We were unaware of the major disadvantages of sending email as they are revealed today: There was no way to check at which time the recipient read the message. No way to see at which moment they had been online for the last time. Or if they were currently writing a reply. Any message sent to the Hill was part of a in fact very fragile social contract – until receiving an answer, no one could be sure the message did not get lost in the El Abdiodh computer, the El Abiodh printer, or some El Abiodh corridor (and things did get lost). There were only the messages – and the magic in between (this magic could be a lot of tristesse, I admit).

And of course, there was snail mail! I’ve never written that much letters in my whole life, I’ve never been a more creative creator of evelopes (like the Milk Carton Classic). While telephone companies came up with flat fees for phoning and internet, we enjoyed something very rare – a flat fee on postage, up to 2 kg, world wide. In the 21st century, a priceless social and cultural experience.